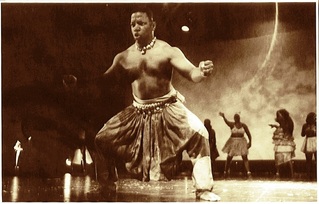 Bokandeye African-American Dance Theater was founded in 1994 by Anthony F. Wooden, Sr.
The company comprised of talented children, teen and adults, is based at the YWCA of Yonkers, located at 87 South Broadway, Yonkers, NY 10701.

Bokandeye is a multi-talented performance troupe whose philosophy incorporates family, unity, peace, love and respect for all humankind. Dance classes are open to all individuals.

Bokandeye African-American Dance Theater has become a popular main attraction for many cultural/educational events, such as, the African-America Heritage Festival and the Hudson Riverfest, where the company was highlighted on the popular morning show, “Good Day New York”.  The company has also thrilled audiences at the Charosa Foundation Street Festival in Queens, NY; the Nepperhan Community Center in Yonkers, NY; the 369th Armory in Harlem, NY; The Abyssinian Baptist Church in Harlem, NY; Six Flags Great Adventure Theme Park, Jackson, NJ; and was featured at Brooklyn Academy’s of Music (BAM), Dance Africa.  Because of the educational and multi-cultural teaching encompassed in the company performance, the demand for Bokandeye has been enormous from the Arts-in-Education program throughout the United States. Bokandeye does workshops at the New Rochelle Public Library, performs regularly for New Rochelle YWCA’s cultural events including their annual First Night event.   Mercy College has featured Bokandeye as part of their annual Black History Month celebration.  The word “Bokandeye”comes from the Woloff language, spoken throughout the Senegambia region of West Africa.  When roughly translated into the English language, Bokandeye means, family from the same mother; united.

Although the members of Bokandeye are from various different ethnic and cultural backgrounds, Bokandeye African-American Dance Theatre truly believes they are one “family” united by the same mother (Mother Africa).  Bokandeye vows to continue the true spirit of (family) while representing others, and the importance of unity, and all of its resounding possibilities.      Bokandeye also offers to the public, regularly scheduled classes and workshops in African/African-Caribbean dance, drums, music and culture.

Bokandeye African-American Dance Theater wishes to thank you in advance, for your continued support.